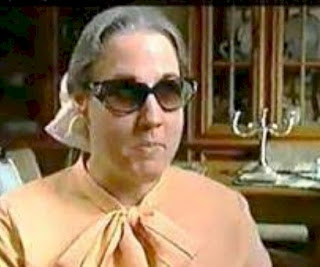 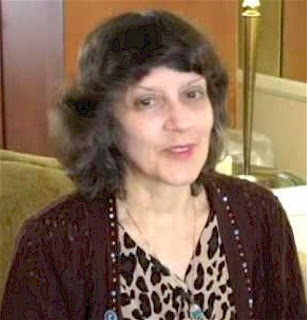 In August, 1990, I spoke at the IANDS conference in Washington, D.C. The turnout that year was large and I was delighted to see many old friends and colleagues there. One morning after my talk, I arranged to have breakfast with about a half dozen people I didn’t know who had expressed a wish to meet and talk with me.
When I arrived, there was already a rather intense conversation going on between two of the attendees. I was particularly struck by the woman of the pair. Small, slender and swarthy in complexion, she spoke intently and with a tone of great seriousness about her own experience, which I quickly discerned had been her NDE. Frankly, I was more aware of her manner of speaking than of the content of her conversation, but I was already sure I would want to talk with her privately after the gathering had broken up.
I was able to track her down afterward, but at that time I already had another engagement, so our conversation had been brief and truncated. We didn’t even have time for her to tell me more about her NDE, but I knew I was keen to know her story and more about her. I asked her if she would be willing to write out a version of it and send it to me at the University of Connecticut.
A week later, a long letter arrived from her with a detailed account of her NDE. I was immediately riveted. She wrote beautifully and with great eloquence about her NDE, which turned out to be one of the most complete and profound I had ever come across. I was really stunned, bowled over, full-dazzled, to quote a term I picked up from Walt Whitman. Who was this woman, Beverly Brodsky? I was determined to find out.
Thus began a deep and loving friendship that was to enrich my life for the next three decades.
Bev had grown up in a non-observant but Conservative Jewish home in Philadelphia. As she told me in her letter, “the atmosphere was materialistic, and, for me, claustrophobic. In high school girls were judged by their clothes and beauty. Bookish, shy, and serious, I went through my teens as an atheist. Since learning ... about the Holocaust at age 8, I had turned angrily against any early belief in God. How could God exist and permit such a thing to occur?”
All this would change, drastically, after her NDE. I don’t have the space here to recount her NDE – it is far too long – but you can read it in my book, Lessons of the Light, and perhaps elsewhere. All I want to do in this memorial to Bev is to tell you a little about Bev, as I came to know her over the years of our friendship.
We stayed in touch, mostly through correspondence, but before long, Bev had got involved in IANDS, so we were sometimes able to meet at IANDS’ board meetings or conferences. Since I was Jewish, too, there seemed to be natural bond between us. We palled out, we took walks together, we had many deep conversations.
Because she wrote so articulately and had been so profoundly transformed by her NDE, I wanted her to write a book about her life. I thought her story was extremely important. She wanted to write that book, and in the years to come, she endeavored to so, but never could, particularly because, as I was to learn, she continued to have daunting health issues.
When I was with Bev, I felt protective of her. I could sense her vulnerability, her physical fragility. Strong and passionate in her mind, but weak in her body. I was always mindful of her struggles with her health and other hardships of her life. 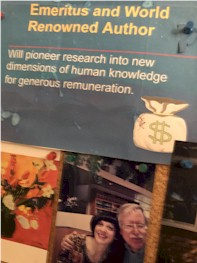 Bev was married with one daughter, and eventually both of us moved to California, she and her family to El Cajon, a town near San Diego, where I once visited her, and I, to Marin County. I had just retired from the University and Bev, who had a puckish sense of humor, made up a couple of signs for my office corkboard. Here is a blurry photo of one of them underneath which you may be able to make out a photograph of her and me in those years.
I’m not religious, but Bev every Hannukah would be sure to send me a little Hannukah card with dimes attached along with a humorous greeting.
By then, Bev was involved in leading a Friends of IANDS group and occasionally writing NDE-related articles, but she hated living in El Cajon, as she wrote me. She missed her family back east, and, worse, she had a stroke and could no longer drive. “Where I live, not being able to drive is a crippling thing, like a noose around your neck. With these health challenges, I wish my sister and my friends were here to come over for a cup a tea.”
But she was still thinking of writing her book. She sent me many e-mails talking about her plans to do so, her contact with potential publishers, etc., but nothing ever came of these hopes. The trials of her body just wouldn’t permit it.
Gradually, Bev’s e-mails got shorter and shorter, and eventually, she mostly got in touch when Hannukah rolled around. But after 2018, I ceased to hear from her.
I imagine she was starting to get really ill then. At that point, we lost touch with each other. I might have written her again, but got no response. I gather from her daughter’s notice about Bev’s death that Bev had become demented before she died, but I’m not sure for how long.
When I think of Bev, I don’t think of her as embodied, with all her physical trials and hardships, but as a bright, lambent spirit, radiating pure joy and love throughout eternity. Her NDE is her testament, and it will continue to live and inspire everyone who is lucky enough to read it.  I can think of no greater tribute to this luminous soul than her own words with which her account of her NDE concludes:
Although it’s been twenty years since my heavenly voyage, I have never forgotten it. Nor have I, in the face of ridicule and disbelief, ever doubted its reality. Nothing that intense and life-changing could possibly have been a dream or hallucination. To the contrary, I consider the rest of my life to be a passing fantasy, a brief dream, that will end when I again awaken in the permanent presence of that giver of life and bliss.
For those who grieve or fear, I assure you of this: there is no death, nor does love ever end. And remember also that we are aspects of the one perfect whole, and as such are part of God, and of each other. Someday you who are reading this and I will be together in light, love and unending bliss.