Goodness, what a time and tumult for the country during these past few weeks, particularly with all the wide-ranging and seemingly endless protests following the horrific death of George Floyd (and of course the other African-Americans who have recently lost their lives owing to clearly wrongful and deadly police action). Of course, as you would imagine, I am four-square in support of these protests, even though these days I am so infirm because of my spinal stenosis I am unable to join the marchers in my local area. Indeed, I can scarcely walk down my street these days without difficulty, but there I go again, writing about me, when I mean to be writing about what’s happening to our country. Mea culpa, not for the first time.
Because of these massive protests, not just here but throughout the world, the COVID pandemic has been shunted aside for the time being as far as the primary focus of the news is concerned, but of course it is still very much with us. I’ll say a bit about that later, but right now I have some personal things to tell you that will set the tone for the remainder of this blog, which will surely turn out to be some kind of a potpourri.

Frankly, my friends, I am growing a bit tired of writing about the pandemic, as I’m sure you are tired of reading about it. And I have no wish to comment on the protests in support of the Black Lives Matter movement, even though I wholeheartedly endorse them. But since there has already been so much coverage of this matter over these past weeks in the media, there’s no need to me to add any of my own verbiage to the subject.
Many commentators and pundits have remarked that they believe that with these protests, the country has reached a turning point, and they are probably right. But for me, personally, as far as these blogs are concerned, I think I have reached a turning off point, and I’m quite sure I am right about that. As the French say, ça suffix. I am going to take a break from the blogging life for a while and devote myself to paring my fingernails, which have suffered from a malign neglect all these months. People are beginning to say that in that respect, if in no other, I am beginning to resemble Howard Hughes.
Actually, my fingernails notwithstanding, I have been doing other things with my fingers lately. For example, I find them quite helpful in reading books, so to distract myself from the world’s troubles as well as my own, I have employed them in returning to some of my favorite authors. May I take a few moments to share since I have already announced my departure, for now at least, from further commentary on the coronavirus? What I am about to tell you may turn out to be the only thing of value in this blog.

One of my favorite authors (besides Mark Helprin whom I have already raved about) is the French-born Belgian writer with the formidable name of Eric-Emmanuel Schmitt. Although he is not so well known in the United States, he is one of the most popular authors and playwrights in the world. I just love this guy, and I would marry him if he ever offered. Lately, I read a book of his short stories called Invisible Love (he often writes about love), and am currently reading some of his early plays, one of which is about Freud. Other books by Schmitt that I have read and hugely enjoyed are, first of all, one called modestly enough, The Most Beautiful Book in the World. Others I’ve read are The Carousel of Desire; The Woman with the Bouquet; Concerto to the Memory of an Angel; and the book that first got me hooked on Schmitt, Three Women in the Mirror. My advice: stop reading this blog now and check him out on Amazon. You will thank me.
As some of you will now know, I am one of the vanishing breed of classical music lovers who are soon, I fear, likely to go the way of the dodo. I just wrote a blog about two very eccentric composers that some of you may have read and have others in my blog queue that will be inflicted on you over the next couple of months. But I’ve also been reading in this area, particularly about the astonishing relationship between one of the most remarkable women of the 19th century, the singer, Pauline Viardot, she of gypsy blood but a supreme artist, and her decades-long romance, while married, with the celebrated Russian writer, Ivan Turgenev, who was wild about her. If you have any interest in such cultural icons as these worthies, get ahold of a book called The Price of Genius by April Fitzlyon. It is absolutely riveting.

OK, enough about books I have been reading. I’ve also been involved in some serious professional work having to do with LSD and NDEs, which has taken a lot of my time lately. Earlier this week, a long commentary by me and a colleague was published in Medium. I later expanded it and, as a parting gift that probably very few of you will be interested to open, I will give you a link to it here:
https://www.kenringblog.com/p/are-deep-psychedelic-experiences.html
It comes with a warning, however, or perhaps I should say, with a friendly advisory. It’s very long. If you should want to read it, be prepared to tax your eyeballs for a while; it will probably take you about a half hour to get through it. Most of you won’t be interested or interested enough to bother. But if you should read it, you will see that my friend, Chris Bache, has some very complimentary things to say about me. Don’t you believe him. He must have been on LSD himself when he wrote those words….
Before I leave you for better things, I would like to add a few personal notes in addition to my book endorsements, musical enthusiasms and accounts of my wanderings in the exotic lands of LSD.
For the last three months, I have been hunkering down and have not gone anywhere other than down and back my local street doing my imitation of a mobile fig tree or, if you prefer, a tiny version of the leaning tower of Pisa. But as of this week I will finally be venturing out to see a round of doctors and my dentist, among other daring encounters. I may even have to go grocery shopping again, suitably attired with mask and other accouterments of our time. I am looking forward to my adventures in the outer world with some fair measure of dread, and hope I will manage to survive to tell the tale. Wish me luck! 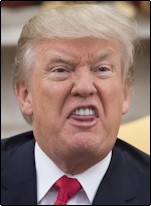 But quite apart from my own survival, what I am really worried about is the survival of our democracy as it seems to teeter ever more closely toward an autocracy governed by an indisputably corrupt and unstable President, abetted by his slavish and fawning epigones. Forgive me – after a mostly light-hearted blog, I didn’t really plan to end on such a somber note. But like everyone, I have been following the news, not just about COVID and the protests, but about our President and his band of malefactors. I’m sure that most of us -- and I apologize if there are any fervent Trump supporters reading this (you may wish to avert your eyes from what follows) – suffer not only from COVID-fatigue but from Trump-weariness after nearly four years of his reign. And here we go again: At this writing, Trump still apparently plans to go ahead with his Tulsa rally, in search of satisfying his unquenchable thirst for adulation, in the midst of a raging outbreak of COVID infections there. What’s wrong with this picture? What’s wrong with this country of ours? To my mind, we have more to worry about than COVID, as bad as it has been and as long as it threatens to remain with us.
Ah me, but why go on with this jeremiad? You have heard it all before from the many members of the political chattering class. Many of us of course, now that the election is drawing nigh, wonder, with fear and trembling, what drama awaits us come November?
I have a dear friend who, the night that Trump was elected in 2016, resolved to leave the country and did; she is still living in Mexico. If Trump remains President in 2020, a truly annus horribilis already, I think I will leave the planet, period.
Well, I told you this blog would be something of a potpourri. But I hate to leave you with such gloomy thoughts. Be assured – I am not really feeling gloomy myself. Despite everything, I am still happy, still grateful to be alive, still glad I can write and enjoy life – and to crack jokes. As we’ve seen during this pandemic, humor flourishes, and that’s a good thing. And, let’s not forget – good things are happening in our country, and if some of the current protests lead to the kind of long overdue structural changes that will bring about social and racial justice, we will be a better country in the end. Let us hope so. With all our hearts.
Meanwhile, my monthly blogs will continue until the end of the year. I just hope they won’t be posthumous ones! And eventually I may pop back with another blog or two in this coronavirus series. We’ll see. For now, however, I have a date with my fingernails that just can’t wait.
1 comment:

A Hospice Doctor’s Message of Hope for Our Time

[I prepared this blog on May 29, intending to post it on June 1, but postponed it because of the George Floyd protests. But as these demonstrations are still going on, I’ve decided to post it today, and hope you will be able find time to read the short introduction and watch the video.]
Today I have a special treat for you -- an inspiring message of hope for the potential of a planetary transformation that could emerge once the worst of the pandemic is over.

Zach Bush, MD is a physician who is triple board certified in Internal Medicine and Endocrinology and Metabolism from the University of Virginia Health System, and in Hospice/Palliative Care. He is also is an internationally recognized educator and thought leader on the microbiome as it relates to health, disease, and food systems.

Recently, a friend sent me a video of the last ten minutes of an interview with Dr. Bush, and after I saw it, I knew I would want to share with you for several reasons. But one of them was that Dr. Bush, when he was involved in hospice care, discovered what all of us NDE researchers have found, but he puts it into a context that speaks with a special urgency for our time. I think you will agree that his is a message that has the power to awaken us to the unique opportunity humanity has at this time that could literally change the world.

Just CLICK ON THIS LINK to hear what Dr. Bush has to say.
3 comments: