News From a Near-Death Researcher

A Book Review of Ken Ring's "Waiting To Die" 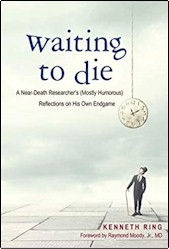 I’ve been reading a very unusual book I want to share with readers. It has an unusual title, Waiting to Die, which could be misleading. This is not about somebody on death row. Nor is it about somebody prostrate on a hospital bed. The subtitle should explain:

A Near-Death Researcher's (Mostly Humorous) Reflections on His Own Endgame.

The author is Kenneth Ring writing in his 83rd year. All the chapters in the book are variations on the theme of waiting to die. One might also read these as reflections on how to live; for in one sense, we’re all "waiting to die," whether we realize it or not.

What is unusual about these reflections is that they’re written by a man who spent forty years of his professional life researching the experiences of people who came near death but recovered to tell the tale. Ring was one of the pioneers of modern near-death research, which, together with others, has produced a body of knowledge that points toward the real possibility of an afterlife.

Ring’s chapters focus on personal themes, all done with a light touch, with humor and irony, but throughout keep circling back to the big questions and mysteries. Bit by bit, Ring reveals to the reader an overall confidence that his endgame may be moving toward a sanguine outcome.

Chapter one reflects on the body:

"The body. Mine. It has already become my principal preoccupation and bete-noire."

This is followed by a litany of the ways his body is giving him a hard time, which in turn prompts him to muse on what the end of his bodily woes will be like. So he recalls stories he heard from folks who nearly died and who described in breath-taking terms the exquisitely pain-free peace of their transition. This, in turn, Ring admits, helps him imagine his own passage to the new state that he believes may await him.

In the next chapter our guide to this waiting process reminisces about his father from whom he was separated early in life, and then a brief report of a medium who revealed things new and unknown to him about his father. Approaching death, he ponders the possibility of meeting up with his dad in the great beyond.

Ring begins by listing a bunch of famous atheists and afterlife deniers but quickly points out that surveys indicate that most Americans believe in some form of afterlife, and, I would add, so did the bulk of pre-modern humanity along with most of the greatest names in history.

Modern times and reductive materialism have diminished but by no means wiped out that traditional belief. More to the point, as Ring reminds us, nowadays there are thousands of people having near-death experiences, people who have actually stepped into the vestibule of death, even atheists who were transformed by their experiences. At the end of the chapter, Ring pivots and says that we ought not to get bogged down worrying too much about what may happen. We owe it to ourselves to enjoy life as long as we can.

There is a chapter all about laughter and humor as weapons we can use to take the edge off the idea of death. Levity, or taking all things with a lightness of spirit, is surely one way to keep death anxiety at bay. I can recommend "Ken’s Rules for Aging (and Living)" for their wit and wisdom. I’m fond of rule no. 8:

"Be kind to animals and occasionally people."

"I’m out of my body at last / Seein’ my future and my past / Floating through the tunnel now / I look around and say 'oh wow.'"

Ken’s rules for living and his NDE song are quite hilarious.

Ring devotes a chapter to contrasting himself with the novelist Philip Roth whose view of religion and the afterlife was totally negative, a fruit of Freudian reductionism. Again, Ring holds to his empirical findings, his conversations with people that had powerful, transformative experiences. His research enables him to say the following extraordinary thing:

"For them (near-death experiencers) and for me the real symbol of death in our own time should be 'the Being of Light.'"

Extraordinary indeed for this totally subverts our commonsense view of death.

For Roth death was indeed a dead end. For those who have actually glimpsed beyond the veil, it’s the dawn of a new mode of life. Death, not at all terrifying,

It should be underscored: the foregoing is not opinion or intuition but a view based on an impressive mass of evidence.

Ring is excited by what is now called terminal lucidity. People who reject survival like to point out that the brain degenerates (as via Alzheimer’s, etc.) and with it, they say, our mental faculties. Ergo, no survival. But that’s a bad argument. Terminal lucidity is when a person suffering from some brain disease and behaving like a vegetable suddenly completely recovers his or her mental faculties. 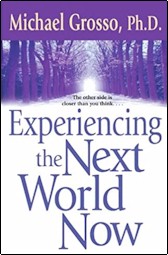 Students of mine who were nurses provided me with some case histories illustrating terminal lucidity in action that I published in my book, Experiencing the Next World Now. Terminal lucidity shows that the mind is not destroyed by brain disease. Why the recovery just before dying? Perhaps at death consciousness leaves the brain entirely and on the way out lights up the living brain before the final exit.

Waiting to die might be the time to reflect on great adventures of consciousness, so Ken Ring recalls reading Castaneda’s The Teachings of Don Juan and his subsequent experiment with 300 micrograms of LSD, which led to an epiphany of love as the essence of being. Experiments with ketamine also were part of Ring’s shamanic explorations.

Ring observes that individuals most terrified by death often make fun of people that believe in an afterlife. The affectation of superiority is ill-founded. As it turns out, people who have near-death experiences completely lose their fear of death. Something to think about while waiting to die.

Focusing (if in light-hearted fashion) on his bodily "decrepitude" is a kind of back-alley meant to lead us toward a moment of spiritual perception. Ring reports that he’s been suffering from glaucoma for twenty years, which is now getting worse, and to prove it provides diagrams that picture precisely the areas of his visual apparatus being obliterated by this disease.

This documentation, however, is a prelude to some good news. Ring tells us about research he conducted with blind people who have near death experiences. The results should stop us in our tracks. He discovered that congenitally blind people see clearly and perfectly during their near-death experience.

Stand back, reader — and take a deep breath. In my opinion, this finding of Dr. Ring’s is really quite amazing. It certainly provides a large jolt to any flagging concept of mind. A human being born blind, without any visual experience, has a near-death experience, finds herself out of her body, and for the first time in her life can see and see clearly.

For the near-death researcher with worsening glaucoma this is a cheering thought. He suggests that restored and perhaps heightened sensory capacities may be part of our postmortem future. Ring seems here to have scored a potent point for what the mind can do when freed from the body. So even as the body ages and loses its functions, we are entitled to believe that our minds — our interior lives — are lying low, incubating, perhaps preparing for a happier future.

Ring suggests that our afterlife bodies may be like the fluid bodies of our dream life. Not exactly, of course, but he writes that:

"Our dreams are perhaps the best intimation of the wonders that await us when we die. And in that state, the one that we can anticipate when we die, all bodily malfunctions will be transcended."

There is a great deal more to enjoy in these pages that reflect on the meaning of death, including a hymn of love and gratitude to the author’s 79-year-old girlfriend. Ring, by the way, continues to be very much alive. And suddenly he takes off his mask:

"You can now understand that I am not just waiting to die. I’m waiting to see. Perfectly."

Our author has given us what we might call a modern, post-religious spiritual autobiography. The gradual, nuanced conversion is accomplished via evidence from ordinary human beings, the author’s own experimentation, and explicitly without reliance on any religious authorities. The book might serve as a friendly companion as we plod on through the COVID-19 pandemic on a planet in fiery turmoil.