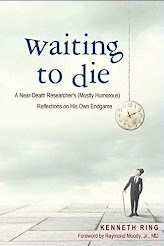 Several years ago, I published a little book of mostly humorous essays that I whimsically entitled Waiting to Die. After having spent more than half a lifetime researching and writing about what it’s like to die (it’s so much better than living, according to what I’ve been told by the people I’ve interviewed), I thought I could write about what is like waiting to die, at least what it’s been like for me. When I wrote the essays for that book, I was in my early eighties, and I joked that it was then my goal to live to be a thousand – months old. That would have gotten me out of here at a little more than 83, which seemed to be a good age to die.

I made my goal, but at the same time, I failed to achieve it. That is, I lived to reach my thousand-month marker, but the problem was, I didn’t die. Instead I was condemned to begin my second thousand-year cycle, though I still cherish every hope I will end well before it does.

Actually, I remember the exact day when I reached my original goal. It was on April 13th, 2019, and, strangely enough, it was one of the very worst days of my life. As it happened, I was vacationing with my girlfriend Lauren in Pacific Grove – my longtime favorite town in California where I had spent many happy times in years past – at that time. There was a professional conference being held during that week – that was one reason we were there then – and I was going to be honored for my work. But when I woke up that day, I was terribly, wretchedly sick. I could scarcely get out of bed. I couldn’t go to the conference, I could only go to the bathroom (I will elide the sordid activities that brought me there). The thought even occurred to me that perhaps I really would die that day, but, obviously, no such luck. By the next day, although I still felt weak and wiped out, I was beginning to recover. But in a way, the worst was still to come. 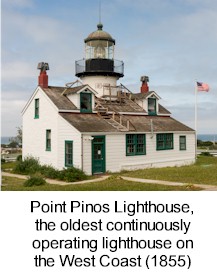 Pacific Grove is a hilly town and where Lauren and I were staying then was down close to the ocean. To get up to the main part of town where the restaurants and shops are, we had to climb up a little grade and then surmount a long hill. I found that I couldn’t do it. Well, I could but only with the greatest difficulty. It wasn’t just a hill any longer; it seemed to be Mt. Matterhorn.

That’s when I realized that my spinal stenosis from which I had already been suffering for several years had now reached a point that would prevent me from traveling or doing much of anything. Lauren and I had always enjoyed eating at our favorite restaurant there, Pepper’s, which was located toward the top of that steep hill. That day was the last day we were ever able to dine there, and that trip was the last time I was able to visit Pacific Grove, or PG, as we always called it. I have never been able to get back there – of course COVID would soon prevent that, anyway – and I never will.

So although I didn’t die that fateful, but not fatal, day, April 13th, 2019, it did seem to mark the end of my life in another way. After that day, I would become effectively housebound, which has been the case ever since. I now live essentially as something between a shut-in and a cripple. My life didn’t end that day, but in another sense, that day did indeed mark the end of my life, as I had been used to living it. In Waiting to Die, I mused that I wasn’t really afraid of death, I was afraid of living too long! Now my worst fears have been realized. I have not been able to dismount on this not-so-merry-go-round of life.

So, here I am, drifting unsteadily on wobbly legs toward 87, wondering what to do with myself. Of course, I can still read – although I’ve recently been having trouble with my vision. But after having had some surgery recently to remove something nasty from the left side of my face, something went wrong. I now have the feeling that there is a worm crawling around inside there, and the funny thing – though it’s not funny to me – is that that feeling is intensified whenever I watch TV. It’s been over a month now and my dermatologist who performed this operation has no idea what’s going on. So even watching TV is a bit of problem now, but the worm in any case does not show any interest in taking up residence elsewhere. I have other physical problems, too, but who wants to read about the troubles of an old man? I will not bore you into soporific stupefaction by giving you the litany. You get old, your body falls apart. That’s life in the lame lane. You get used to it. There are worse things, God knows. I have been lucky – or perhaps not -- to get this far. 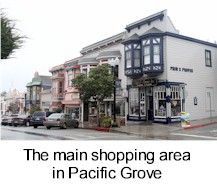 But perhaps the worst thing for me – you will laugh at this – is I really don’t know what to do with myself these days. I have written many books and in the last few years I have written dozens of blogs, but for now, I know I have written my last book (it is now at my publishers and should be out later this year), and I am blogged out. I can’t think of anything worth blogging about, and in recent years, I have always lived to write. I have no hobbies, I have few friends, I don’t much feel like writing e-mail, I’m alone most of the time, although I have a wonderful caretaker, a loving girlfriend and kind neighbors. But, still, days of puttering around my house when even doing routine chores exhaust me and cause me to pant like a slobbering dog, don’t make for much of a life. If I could still write books, I might entitle my next one, Still Waiting to Die. I suppose there’s always Netflix to distract me from my troubles and get me through the night.

The odd thing is, despite what I have written, I am not depressed, at least not most of the time, although occasionally I do sink into a state of torpor and ennui. But mostly not. Mostly I am still glad and grateful to be here. I just wish I could think of something useful to do with myself. Right now, it’s time to crumble up some walnuts for the birds outside on my patio. At least I can make the birds happy. That’s something.

In the meantime, I’m still playing the waiting game. So far, I’m losing, but I haven’t lost hope that I will eventually figure out what to do with myself. If you have any ideas, please let me know.