A Farewell to Arm 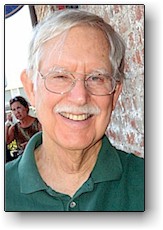 About seven weeks ago, after a stint of over-zealous typing, I found that I had developed a very painful condition in my right shoulder – actually, it turned out, with my trapezius muscle – that made it very difficult, and indeed often painful, to type. Soon I was forced to forego all but the most essential e-mail, and even then had to keep it brief. I was completely stymied, flummoxed, and frustrated. It’s been that way ever since, and nothing I have tried, including a cortisone shot and physical therapy, has seemed to help. So I remain a one-armed involuntarily retired blogger.

Some people have suggested that I should try dictating my blogs, but unlike our unfortunate President who, at this writing, is hospitalized after contracting the COVID virus, I have never yearned to become a dictator. I believe I should retain my mouth mostly for eating; I still prefer to let my fingers do my talking, but alas, they seem to be connected to my arm, and that’s the rub, literally.

Perhaps this is simply God’s way of telling me to shut up and be quiet for a while. Since He is inscrutable in these matters, who knows? In any case, I will have to suspend writing any more blogs for the nonce, and maybe for good. I had not really planned to write any more blogs, anyway, after this year, so I will just have to take my leave of you a bit earlier than I had planned. However, for those of you who receive my monthly blogs on the 15th of each month, since they have already been written, they will continue until December, even if I don’t.

I sometimes think I will never recover, but I have been told that perhaps in a couple of months or so, I might. Although I am not religious, I devoutly hope so. I know that a number of you who have been kind enough to comment on my blogs have wanted to correspond with me. Ordinarily, I would have been happy to oblige, but, as you can understand, that is not possible for me right now. However, if you would still like to write me, please send any messages to my webmaster, Kevin Williams, who will then forward them to me. I will save them and hope to answer them eventually. Kevin’s e-mail address is:  webmaster@near-death.com

A once famous general, when he gave his retirement speech, concluded it by saying, "Old soldiers never die, they just fade away." Perhaps the same thing might hold true for old NDE researchers and late-season bloggers. In any case, friends, "so long, it’s been good to know you…"