SACRAMENTO -- In the most sweeping sign yet of the long-term impact of the coronavirus on American higher education, California State University, the nation's largest four-year public university system, said on Tuesday that classes at its 23 campuses would be canceled for the fall semester, with instruction taking place almost exclusively online.

That was the opening paragraph of an article I read a couple of days ago, and it brought up a welter of troubling thoughts and poignant memories for me. 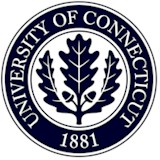 I spent most of the first sixty years of my life in universities. I attended Cal-Berkeley as an undergraduate before heading off to graduate school at the University of Minnesota for work on my Ph.D. During that time I also spent a year at U.C.L.A., prior to taking a job as an assistant professor of psychology at the University of Connecticut where I remained on the faculty for the next thirty-four years. (I am still a professor emeritus at that University.) Even after I retired and moved back to California, without being aware of it, I found myself living cheek by jowl next to a community college, and within a month of my settling here, I was lecturing there. So I am intimately acquainted with life on college campuses; it's in my blood. Tony Bennett may have left his heart in San Francisco; I left mine at UCONN.

I have vivid memories of life on my campus, and what came back to me the other day after reading that article about the shuttering of college classes in the fall in California was the period in late August just before students returned for the fall semester. For at least some of us academics, we parted company with T. S. Eliot because for us, it was August, not April, that was the cruelest month. Our summer idyll was ending; it would soon be time to get back to work and the sometimes drudgery of teaching. But for the students, it was different -- they were generally excited to get back to school, to connect with their old friends, to party (our school had a reputation as great party school), and to look forward to another thrilling basketball season. Parents bringing their kids to UCONN for the first time also added to the joyful atmosphere on campus. And, before too long, despite our own earlier crotchety grumblings, we academics were happily back in the swing of things. The energy that students brought back to campus was infectious and we all felt it.

But now? Now, to spare students, faculty and administrators from becoming infected, many campuses will effectively be closed for business this fall. The campuses will be silent and the students will have nowhere to go, nowhere to congregate, still stuck at home and obliged to continue their education as best they can by online learning.

Even if -- and this is still an if -- this condition doesn't persist beyond this year, it is nevertheless a devastating blow both to college students and to their institutions. So much will have been lost, has already been lost, and a number of colleges themselves may simply not survive. The psychological and economic impact of this pandemic on collegiate life can not be overestimated.

Besides, even if online learning has become more of a factor in college education in recent years, college is more than going to classes and taking courses. It is an entire experience made up of many things as well as an important rite of passage. High school students entering college for the first time enter a new world and by the time they leave, they will have been shaped by that world and by the people -- students and faculty -- they will have encountered while there. Life in fraternities and sororities is important in its own right. Collegiate sports are a vital part of college life and often an important, sometimes crucial, source of financial revenue. College is the one period between high school and the world of work that will follow which allows a person time to grow in important ways that he or she will never have again -- and that growth can only come from engagement with others. We humans are an affiliative species. Of course, we can learn many things on our own, but there are some things we can only learn from being with others. Without schools being open, this kind of learning cannot take place.

Nor can there be any way for students to gather in crowds -- to go to football games or basketball tournaments or soccer matches -- or even to their favorite pubs. Social media and zooming are no substitute for human contact, and that's what will be missing this fall on many campuses throughout the country.

I also think of all the high school students this year who were prevented from going through their graduation ceremonies with their friends and whose proud parents were therefore unable to witness and share in their children's moment of celebration. And for those students who had been looking forward to attending college in the fall, they now face only uncertainty. Colleges were already suffering declining enrollments before the pandemic hit, but tuition fees were not decreasing, and now colleges and universities are facing even more potentially calamitous futures.

According to one article on the effects of the pandemic on higher education:


The pandemic has had a devastating impact on the finances of colleges and universities, a large number of which were already struggling before virus-related closures. Many are concerned about growing signs that a large number of students will choose to sit out the fall semester if classes remain virtual, or demand hefty cuts in tuition.

Lucrative spring sports seasons have been canceled, room and board payments have been refunded, and students at some schools are demanding hefty tuition discounts for what they see as a lost spring term. Other revenue sources like study abroad programs and campus bookstores have dried up, and federal research funding is threatened.

Some institutions are projecting $100 million losses for the spring, and many are now bracing for an even bigger financial hit in the fall, when some are planning for the possibility of having to continue remote classes.

Administrators anticipate that students grappling with the financial and psychological impacts of the virus could choose to stay closer to home, go to less expensive schools, take a year off or not go to college at all. A higher education trade group has predicted a 15 percent drop in enrollment nationwide, amounting to a $23 billion revenue loss.

Yes, this is really a grievous time for college education in this country. One can only hope that with time it will recover, but what can't be recovered is what has already been lost as well as the losses and deprivations still to come.

Before I wound up studying near-death experiences, I was a social psychologist, and even though that was long ago and far away, I still can see things from that perspective. So I also worry not just about the future of colleges in this country, but about broader concerns stemming from our inability to gather with others. The lack of social contact on many college campuses this year is only an aspect of a much larger social deprivation that we are all experiencing, of course.

We are used not only to ordinary social contact, but to gathering in crowds -- to attend football games or tennis matches or rock concerts. But now, I read, major league baseball might resume in late July only to play in empty stadiums. Seriously. But without cheering crowds, that seems a literally empty gesture. It may provide more entertainment for sports fans at home and revenue for the players and owners, but it will do nothing for our need for social contact. And will tennis matches also be played without spectators in the stands? How about football stadiums with only phantoms in empty seats?

Quite apart from the lack of social contact is the lack of physical contact with people. As a one time social psychologist, this problem, it seems to me, has not received the attention it deserves. We humans also need physical contact with others. Of course, we can still get it from our pets -- and thank God for that -- but the costs of isolation from others can be severe, especially where the lack of touch is concerned. I remember early on during the pandemic reading about one woman who was found crying in a grocery store. When she was asked what was the matter, she sobbed that she had not been touched in ten days.

And it's worse. Nowadays, other people are sometimes regarded as phobic objects -- not only to be avoided for fear we can catch the virus from getting too close to them, but from fear that they may touch us. But we need touch and hugging; we need our daily dose of oxytocin.

Before the pandemic, I was used to seeing a longtime woman friend of mine for lunch every two or three weeks. We usually greeted each other with a warm hug. But now? I wonder whether we will ever be able to hug again. Instead will we merely bow like the Japanese do? Or perhaps just say "namaste" to each other? And what about handshakes? A simple pat on the shoulder? Where has all the touching gone?

Of course, one day the campuses -- at least on those colleges that remain -- will open again, and some surely will even hold in-person classes this fall, and one day we will be able to hug our friends and have other customary forms of physical contact with them. But for now -- and who knows how long "now" is? -- we will continue to live mostly isolated from one another, forced to rely on social media for contact, instead of our hands. We are social animals unable to socialize, stuck in our own homes, living in limbo, longing for contact, yearning for the end of our confinement but can only wait to live again in the world with our fellow humans.